Collectible Toy Brand ToyCity has recently completed nearly 100 million yuan in its Series A+ round of financing, led by INCE Capital, with continued follow-on investment from long-term shareholder Buer Capital. Yiren Capital acted as the exclusive financial advisor of the round.

“ToyCity is strong in innovation and production supply chain, as reflected in their outstanding IP design capability, product strength, complete front-end, and back-end production lines and the ability to scale up the production of large-sized collectible toys,” noted Steven Hu, a Founding Partner of INCE Capital, “The entrepreneurial team has been deeply involved in this collectible toys for over two decades and has a deep understanding of the industry. China’s collectible toy market is growing dramatically, and in this highly competitive track, only companies with comprehensive innovation, product power, supply chain, and channels will run ahead. We are optimistic that Toy City will be the most interesting and user-aware player.”

In May 2020, ToyCity launched its first product, “Kunhn Cat”. Founder Zheng Bo has been in the toy industry since 2000 and has extensive experience in the industry. Initially engaged in the OEM export business, serving brands such as Walmart and Costco, Zheng Bo started his own business in 2008 and built a toy industry chain factory with about 2,000 people.

ToyCity takes Generation Z as the target customer group, and Zheng Bo revealed that the initial intention of creating the brand was also to sell to the mainstream consumer group of the industry - 240 million young people. Moreover, the user scale of collectible toys is increasing at an annual rate of 30%. In addition to the continuous expansion of users, the market volume is also multiplying. According to a research report by Frost & Sullivan, the market size of collectible toy retail in China is expected to reach 76.3 billion yuan by 2024, with a compound annual growth rate of 29.8% from 2019 to 2024.

Thanks to the founder’s robust supply chain background, ToyCity is currently one of the industry’s few companies with their own factories. Zheng Bo said to 36Kr that the established super factory might function as an incubation space for designers, a space for fans and consumers to learn and visit and communicate, a museum for collectible toys, and a popular spot as a pivot for traveling in the area.

Besides, rather than buying IP, ToyCity chooses to focus on original designs, which help to improve efficiency. According to Zheng Bo, ToyCity’s product development cycle takes four months, while other companies need six months. He said, “we don’t need confirmation and modification with the copyright holders, which saves 40 days in all the six parts from design to production of a product.

At present, 90% of ToyCity’s IPs are independent and original. ToyCity hopes to distinguish its product layout from its peers’ perception. “Many brands only make limited quantities or engage in hunger marketing, focusing on marketing, but this does not hold true to business logic.” Blind boxes are not equal to collectible toys, which also include other important segments like art toys, garage kits, BJD dolls. 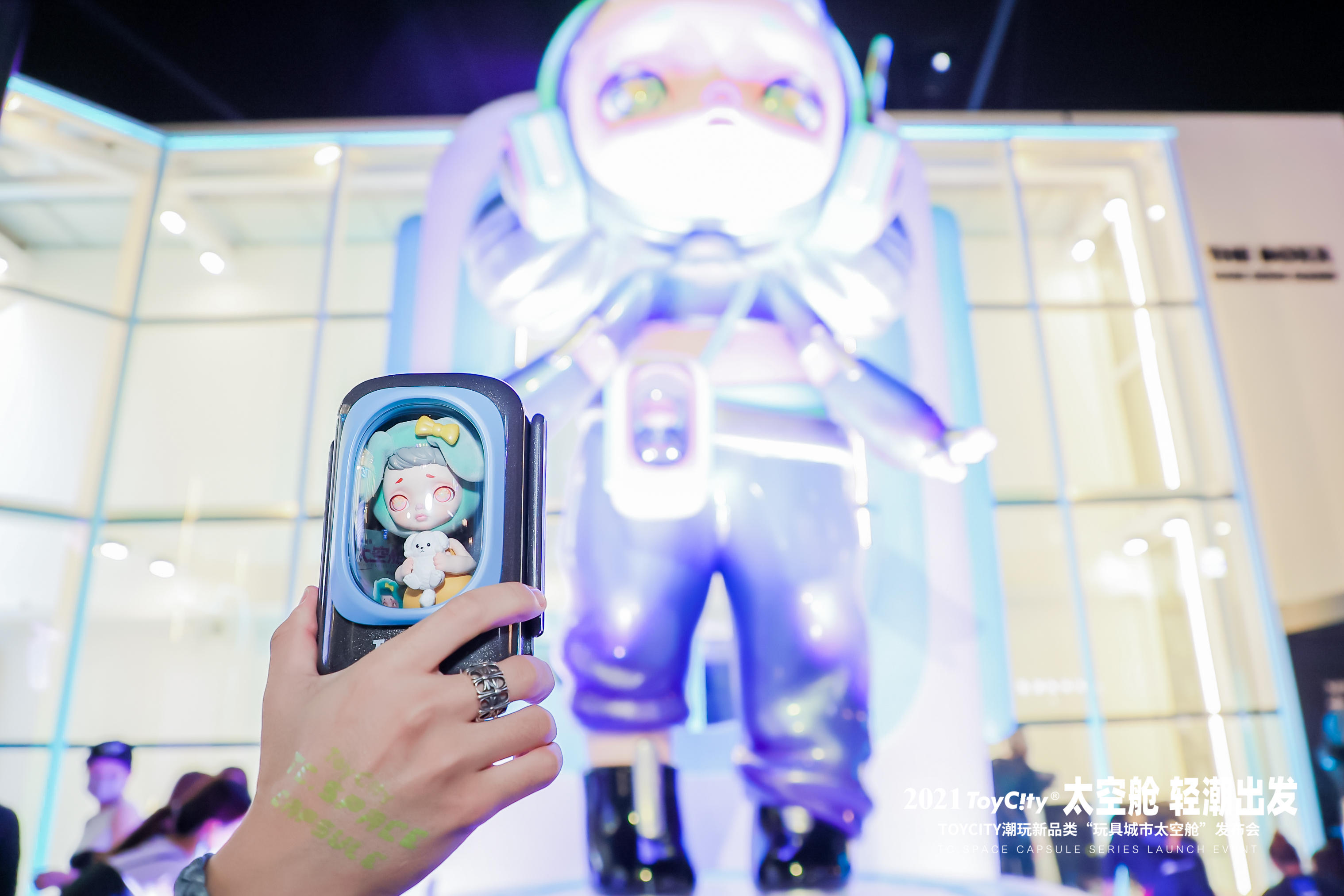 One year after its launch, ToyCity collectible toys have over 100 SKUs and more than 70 products and will launch 35 new blind box series this year. Among all the ToyCity products, Angel Boy and Lara series rank top five in China’s original IPs and top three in sales volumes.

From the perspective of channels, offline layouts of its counterparts remain focused on first- and second-tier cities, while as a new brand, ToyCity’s plan for this year is also to cover as much as possible the collection stores and vending machines in first- and second-tier cities. It has already covered collection stores including X11, KKV, Sanfu, Kule Collectible Toys and is expected to lay 400 vending machines.

Due to the lack of layout in lower-tier cities, online channels have become an essential  incremental market for collectible toys. The online sales of ToyCity now account for 25% of the total, making it a critical collectible toy seller supported by Tmall. ToyCity’s sales are expected to grow ten times in 2021 compared to 2020.

For this round of financing, founder Zheng Bo said it would be used for IP incubation, brand promotion and exposure, team building, development of new categories, and ATS space construction.